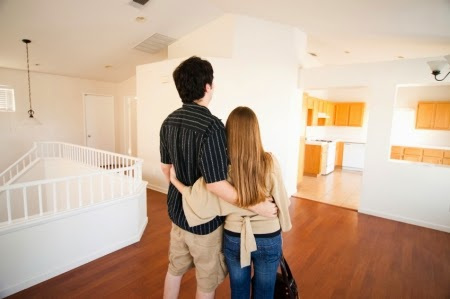 Imagine that it’s late at night, and out of boredom, you are checking different houses at https://www.thepattisallgroup.com. However, one of them catches your eye, because it’s exactly how you imagined your home to be. In the excitement, you decide to book the appointment for the next day, and you fall even more in love with the house. It’s decided – you are buying it.

Buying a new house is always exciting. However, in all this excitement about the house itself, people tend to forget to check crucial things that can turn their dream house into a living nightmare. And what are those things? Well, they include…

One of the things that is often overlooked by the potential buyers, who are smitten with the house they want to buy is the local crime rate. However, it’s essential to check it as it can not only affect the way you live but also the value of your house if you decide to sell it in the future. So before putting in an offer, be sure to check the local crime rates, as in the areas where they fall, the prices of properties increase rapidly, and vice versa.

If it’s the first time you’re buying a house, don’t think that you can’t afford to check the crime rates, as they can also influence the mortgage prospects and insurance premiums, which in the long run might cost you more than buying a house in a nicer area.

You can find those statistics online, or you can ask for help at the nearest police station – they will probably have no problem with sharing that information with you. It’s also a good idea to compare the rates from different neighbours that you are interested in so that, in the end, you can make the best choice.

In today’s world, where technology plays such an important role, you might think that this would be the first thing that people check. Nothing could be further from the truth. This is actually one of the most commonly overlooked aspects of the house. And if you were ever in a place where the mobile phone coverage was lowe, you know how frustrating it can be.

So, to avoid living in a house that has almost none mobile phone coverage, try to send an email or make a call during an open inspection. And, just to make sure, you can also check an online network coverage maps of various providers.

If you are a person who is sensitive to noise, living under a flight path will make your life a living nightmare. That’s why you should check if the house you are planning to buy is under a flight path, and how far is the airport from it as the plane’s engines are the loudest when the plane is taking off. Also, if the house is close to the hospital, you might need to put up with the noises of emergency helicopters.

So to avoid that, you can chat with the people in the neighborhood to find out if the noise is going to be a problem, or you can look at online resources that can give you more information.

Your home should be your sanctuary, but if you have bad or noisy neighbors, staying in your own home can become torture, and you might find yourself putting your house back on the market before even entirely unpacking. As a matter of fact, this is one of the most common reasons why people move.

One of the ways to avoid that is by meeting your potential neighbors before making any decision. Furthermore, it allows you to ask more questions about the area, as they are able to tell you things that the real estate agent can’t. You can also decide to stroll around the neighborhood at night so that you will get a feel of the community and how living there would look like.

In the areas with colder climate insulation of the house could be a deal-breaker, as it makes the costs of cooling and heating lower, and can block out the noises of the streets and neighbours. So when buying a house, make sure to ask about whether it is insulated and with what materials.

Plumbing is another thing that often gets overlooked, so when you are inspecting the house that you are planning to buy, run all the taps and showers and flush the toilet to make sure that the water pressure is fine. Also, check if the hot water system is in order. Things like mould, mildew or sagging floors indicate that there might be something wrong with the plumbing. And if you’re serious about the house, it’s good to get a plumber so that he can examine the condition of the septic tanks and sewer lines.

The excitement about buying a new house can often blind the potential owners, and they tend to overlook many things that, in the long run, can turn their dream home into a living nightmare. So before you make any decision, check the things listed above – it will definitely be worth it.